History of Crawley Down - by Jeremy Hodgkinson

Crawley Down means ‘the hill near the pasture where the crows gather.’ As a village it did not exist until late in the 19th century; before that the name referred to a rectangular stretch of uncultivated common land, surrounded by fields and woods. The road from Lingfield to Turners Hill formed the western boundary of the common, with Bowers Place and Sandhill Lane forming the eastern edge.

The settlement of the Crawley Down area, however, goes back a great deal further than the 19th century. Just before the Romans invaded in 43 AD, a small iron smelting furnace was in operation near the bottom of Hophurst Hill. The clearance of the great Wealden forest gathered pace in Saxon times and the densest parts of the Weald remained thinly populated for many centuries. At first it was opened up as summer pasture for the communities nearer the coast. On this basis the eastern part of Worth parish, known as Burhlea, was granted, in 765, to the monastic College of South Malling, near Lewes. In the Domesday Book of 1086, Burleigh, or Berchelie as it was then spelt, occupied one and a half hides or about 180 acres and the clearance of woodland may have proceeded with greater momentum from this period, for within two centuries several landholders in Burleigh were being taxed under the Lay Subsidy in the 14th century and names began to appear such as William atte Sandhille and Alice Hoppere; evidence, perhaps, of Sandhill and Hophurst farms being cleared at this time. Burleigh, however, never seems to have been more than a tract of land with scattered agricultural settlements, despite being referred to in the same terms as more obvious villages such as Crawley and Lindfield.

The first mention that Crawley Down itself receives is in 1274, as a passing reference in connection with the road being blocked nearby. For the next seven hundred years it was merely manorial waste. The Manor of Burleigh Arches was absorbed into the Manor of South Malling Lindfield and after the dissolution of the College in 1545, passed into private ownership. There were two other manors in the area, though: to the west of the Turners Hill road was the Manor of Ditchling, and to the north and east of Cuttingly Wood (once a hunting park) lay the Manor of Hedgecourt. It is in the records of the latter that evidence appears of the iron furnace that was built, in what is now Furnace Wood, in about 1567. 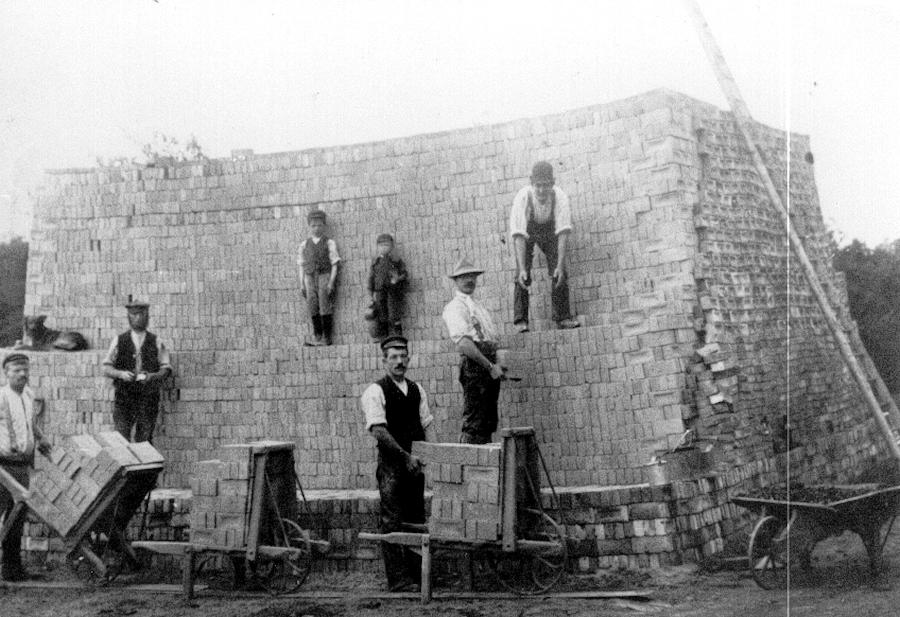