History of The Grange - by Valerie King and Ann Read

One of the first mansions to be built in Crawley Down was The Grange. It is always interesting to consider the history of a building. Originally constructed for a particular use, over a period of time this requirement can and often does change. The Grange was built on the site of an old farm and appears to have changed very little over the years. This beautiful building is still set in parkland and retains a peaceful and gracious charm. The inclusion of ‘Grange Road’ in the name of the station perhaps reflects the influence that the owner, Mr Wilson, had on public affairs. Two schools have used this classical building for their pupils, one in the 19th century and another in the 20th and the fact that there was a station at Crawley Down must have played an important part in the decision to open the schools. The first school was opened by the Reverend Arthur Meyrick in 1882, and the census for 1891 confirms that in addition to the twenty-five boarders, there were two tutors for the boys, matron, nurse, governess, housekeeper and five domestic staff living at The Grange.

It appears that soon after 1898, after sixteen years of being a school The Grange returned to being a private house, as the census of 1901 records that Thomas H.W.Buckley as living there with his wife, two daughters, a nephew and three servants. The Grange was sold in 1931 and 2 years later an advertisement appeared in the East Grinstead Observer stating that ‘a school will be opened at The Grange, Crawley Down in late September 1933.’ Soon there were boarders plus local children, 18 to 20 girls from the age of about 7 to 12 yrs under the direction of Mr and Mrs McCall. A former pupil reminiscing on her schooldays there, tells of a Sgt. Major who came to give drill on the front lawn, and that nature study walks and play acting were part of the curriculum, and so was learning the Irish Jig. This school closed. The Grange was sold and once again this lovely building reverted to being a private home, as it is today. 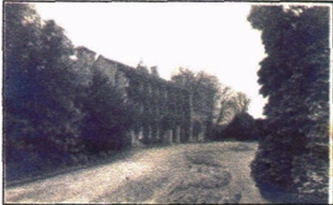